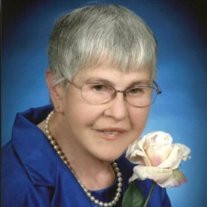 Deborah Williams Troemner. On November 4, 2013 age 81. Deborah was born December 20, 1931 in Ithaca, NY, the daughter of Gerald C. and Janet (Curtis) Williams. She was a 1949 graduate of Abbot Academy, Andover, MA which merged with Phillips Academy, Andover in 1974. In 1999 for the 50th reunion of her class she served as the co-editor of the Reunion Book and on the reunion committee. She has continued as the class agent. She also was a graduate of Smith College, Northampton, MA in 1953. She was married to R. Wallace Troemner, Jr. June 24, 1953 at the Summit Presbyterian Church, Philadelphia, PA. They divorced in 1984. She then began a career in the Volunteer Services Department of the Philadelphia Museum of Art serving as the administrator of the Museum Volunteers and then the Park House Guides. She also worked for a number of years as an assistant for the Philadelphia Open House Tours which are co-ordinated by the Friends of Independence Park. Mrs. Troemner was a resident of Moorestown, NJ from 1956 to 2000 when she moved to Lumberton Leas, Mt. Holly, NJ. She was active in civic affairs, serving on the boards of the Moorestown Home and School Association, the Moorestown Tricentennial Celebration Committee in 1982 and the Moorestown Improvement Association as well as serving as on the Republican Party Committee. Her lifelong interest in history, art, architecture and genealogy lead her to be a Volunteer Guide at the Philadelphia Museum of Art since 1969 and a guide for the walking architectural tours of the Foundation for Architecture. A member of the Friends of Independence Park since 1974, she served on numerous committees. She was a past President and long time trustee of the Historical Society of Haddonfield. She was a member of the First Presbyterian Church of Moorestown, NJ. Her affiliations included numerous Historical Societies, and the Smith Club of Philadelphia. She is survived by a daughter Susan Troemner Herard (Bruce) and four granddaughters, Sarah, Jennifer, Allison and Emily Herard of Birmingham, MI, a son, Robert Wallace Troemner, III of Brunswick, ME. Memorial service Friday 1pm at the First Presbyterian Church 101 Bridgeboro Rd. Moorestown, NJ. Interment Private. In lieu of flowers, memorial donations to The First Presbyterian Church, 101 Bridgeboro Road, Moorestown, NJ 08057-1497 or the Historical Society of Haddonfield, 343 Kings Highway East, Haddonfield, NJ 08033 would be greatly appreciated.

Deborah Williams Troemner. On November 4, 2013 age 81. Deborah was born December 20, 1931 in Ithaca, NY, the daughter of Gerald C. and Janet (Curtis) Williams. She was a 1949 graduate of Abbot Academy, Andover, MA which merged with Phillips... View Obituary & Service Information

The family of Deborah Williams Troemner created this Life Tributes page to make it easy to share your memories.

Send flowers to the Troemner family.