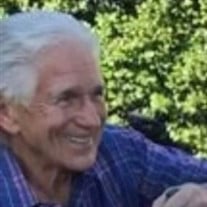 On Monday, Sept. 6th we said good bye to Kenny (aka Tarp) Kemple. We’re not necessarily saying goodbye, but rather “until we meet again” to a man who was the best of all worlds as a husband, a father, a son and a friend. Kenny was a man for all seasons. He was always prepared to meet life head on with indisputable energy and enthusiasm. Whether you knew him or not, he left an indelible, blissful feeling on your spirit. He took every opportunity to brighten the days of those he came across by offering to help if he could, or simply with a clever comedic expression of understanding to lighten the mood. One of the original “Beverly Boys” to the end, those early days provided Kenny with memories that lasted a lifetime. He made it his mission to follow the lives of his fellow Beverly cohorts as well as the many friends he met along the way. He often recalled stories of times that were so instrumental in forming the man he became. He never forgot a face or name and always greeted old friends as if he spoke to them yesterday. If you knew Kenny, you invariably enjoyed his infectious laugh. Kenny was a man of substantial moral fiber who you knew you could trust. He enjoyed talking with people from all walks of life. He never judged but rather chose to look for the positive in everyone. One could say he was a “glass half full” kind of guy. Kenny loved his family the most. It was his family that sustained and nurtured his sense of purpose and spirit. He is survived by his mother Dorothy and credited her and his late father Jack for shaping him into the successful man he became. He often spoke of their infinite patience with their only child and shared his mother’s enthusiasm for the Dallas Cowboys. Kenny met the love of his life, Linda Laessle, fifty years ago, which resulted in a 41year marriage; one that would take them both on a glorious adventure, including the birth of their son Keith, world travel and boating. He had met his partner in crime, fueling each other’s passion for life and collecting quite a catalogue of memories along the way. Their son Keith was clearly one of his great joys in life. He was proud of the man he had become and often shared Keith and his partner Heather’s stories of their travels abroad. We won’t grow tired of sharing Kenny’s many anecdotes and our lives are forever brightened having had him in it. For now, it’s not goodbye Kenny. You story will continue in our hearts. Thank you for the great memories. In lieu of flowers, memorial contributions may be made to: Woodford Cedar Run Wildlife Refuge 4 Sawmill Rd, Medford NJ No services planned at this time due to Covid concerns. ‎

On Monday, Sept. 6th we said good bye to Kenny (aka Tarp) Kemple. We&#8217;re not necessarily saying goodbye, but rather &#8220;until we meet again&#8221; to a man who was the best of all worlds as a husband, a father, a son and a friend. Kenny... View Obituary & Service Information