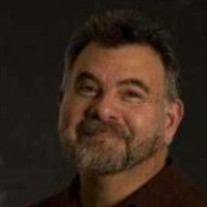 Dr. Felipe Javier Gorostiza Arroyo August 5, 1950 – April 15, 2020 Born in La Habana, Cuba 1950, Felipe Javier Gorostiza Arroyo, a resident of West New York, NJ passed away on April 15, 2020. He is predeceased by his father Juan Gorostiza Mesa, mother Fermina Gorostiza, née Arroyo and brother Jorge Gorostiza Arroyo. Felipe immigrated to the USA with his family in the early 60’s, and grew up in West New York and North Bergen, NJ. He understood the value of a solid education, graduating in the top 1% of his class from St. Joseph’s of the Palisades High School. He earned a B.A. (Spanish History) NYU, M.A. (Hispanic Studies) Brown University, M.A. (International Relations) and Ph.D. (City and Regional Planning) University of Pennsylvania. Gorostiza was an eclectic person with numerous interests and passions for learning, teaching and planning. He became a lecturer at the Wharton School of Business, under Urban Studies, City Planning, Lauder Institute. Visiting Professor at Columbia University in the Graduate School of Architecture, Planning and Preservation. He became a lecturer at Rutgers’s University, Camden, NJ, in the Public Policy and Administration Department. Dr. Felipe Gorostiza was also the last Principal at The Saint Michael Academy in New York City, NY, where he established the Caridad Arroyo Gorostiza Scholarship for their Alumni Association Charitable Foundation in NYC., NY. Felipe developed an extensive experience in the fields of City Planning and Urban Redevelopment. He has worked as the Executive Director for the Walter Rand Institute for Public Affairs which is run by Rutgers University in Camden. Boards and affiliations included: NJ State Office of Historic Preservation, and Leadership NJ, (Treasurer). He had also been a Community Builder Fellow for the U.S. Department of Housing and Urban Development in the New York and New Jersey region. In Philadelphia, Gorostiza worked as a Senior Associate for Urban Partners which is a consulting firm which specializes in community and economic development, strategic planning and public policy. Also, a Principal for URBIS in Mount Holly, NJ. His community development, non-profit management and fundraising, led him to be a Grant Writer for the Children's Specialized Hospital Foundation, in Mountainside, NJ the last 12 years. A true “Renaissance Man,” Dr. Gorostiza’s work in the theatre and artistic community in NY, NJ, and regionally, spanned five decades and included achievements as an actor, singer, translator, producer, and dramaturge. He studied under theater greats Stella Adler, Jose Ferrer, Bobby Lewis, Madeline Sherwood and Emanuel Azenberg, and shared the stage with the likes of Rip Torn and Maurice Hines. He lent his creative talents to theaters ranging from Goodspeed Opera, George Street, and regional theaters such as Barrington Stage, to off Broadway and Latino theaters including INTAR, PRTT, DUO, and Repertorio Español appearing in everything from Shakespeare to musicals, from comedies to dramas, in productions such as Fiddler, 1776, Company, Preppies, and Jesus Christ Superstar. Recent productions included three stagings of “The Golem of Havana” in which he gave memorable performances as dictator, Fulgencio Batista. Most recently, in 2019, Felipe was nominated for a Colorado Theater Guild Henry Award as “Outstanding Actor in a Play” for his acclaimed portrayal of Santiago in the Fine Arts Center Theatre Company’s production of “Anna in the Tropics.” In addition to numerous television appearances, Felipe lent his voice to feature films, TV shows, and commercials, and had been a narrator for HBO Sports. He was even the voice of a Keebler elf and the QUALCOMM rooster. Felipe was an actor, writer, voice over artist, narrator, translator, educator, collector, traveler, avid pet lover & story teller... He is survived by his cousins; Rolando Gorostiza of Delran, NJ (Silvia), Juan E. Arroyo of Union, NJ (Lisa) and Ileana Cabana, née Gorostiza of River Edge, NJ. (Rolando) His cousin’s children: Jillian, Gabriel and Michael Gorostiza, Liane and Brian Cabana, dearest friend, Blanca Camacho of New York City, NY., and beloved by a multitude of friends, and colleagues. Services are private. A proper Memorial Service will be held in the future. In lieu of flowers, the family has asked for donations are made to: Children's Specialized Hospital Foundation at: http://www.childrens-specialized.org/felipe Condolences to: Juan E. Arroyo, 1141 Woolley Avenue, Union, NJ 07083 – 5808.

The family of Felipe J Gorostiza created this Life Tributes page to make it easy to share your memories.

Send flowers to the Gorostiza family.