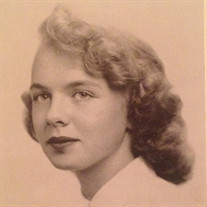 Jane Katherine Krueger Parker On April 7, 2015 age 79 of Moorestown, NJ. Jane was a devoted Wife, Mother, Grandmother and Sports Fan Jane Parker was a tremendous athlete and a life long sports fan, who no doubt waited until the conclusion of March Madness before passing away this week. She was born and raised in Chevy Chase, Maryland, the daughter of Albert and Kitty Krueger an sister of Mary Lou and Anne. She attended Georgetown Visitation, where she played field hockey and basketball, served as the Gold Team Captain and won the East Coast Championship, and where she became life-long friends with the “Fairhaven Four.” Jane met Ed Parker on a blind date, and they were soon married in January 1959. Together they had four children – Trish, Terry, Kevin and Linda – and lived in Maple Glen, Pennsylvania where they attended Saint Alphonsus Church, spent summers up in the Poconos and down at the New Jersey beaches, and were members of Old York Road Country Club. The family’s favorite times were hanging and laughing with friends and family at holidays, on the back porch, and down at the beach in Avalon. After Ed passed away, Jane moved to Moorestown NJ down the street from Trish, her husband Charlie and their daughter Sam, where she enjoyed sitting outside and chatting with her neighbors and family. She particularly loved following the lives of her grandchildren, whom she loved deeply – Heather, Alli, Zach, Sam and Shane. Jane will be remembered for being the best head stander, having too much food at every holiday but particularly at Christmas, marching to the Philadelphia Mummers, playing a mean hand of bridge, and really enjoying watching her children compete at sports and play in the band. We are glad that she is now at peace, chatting away with anyone that will listen, playing cards, watching sports, and hanging out at some beach somewhere. Please join us in celebrating Jane’s life and honoring her passing at Moorestown Community House located at 16 East Main Street in Moorestown, NJ, from 12 – 3 pm on Friday, April 10, 2015.

Jane Katherine Krueger Parker On April 7, 2015 age 79 of Moorestown, NJ. Jane was a devoted Wife, Mother, Grandmother and Sports Fan Jane Parker was a tremendous athlete and a life long sports fan, who no doubt waited until the conclusion of... View Obituary & Service Information

The family of Jane Katherine Parker created this Life Tributes page to make it easy to share your memories.

Send flowers to the Parker family.