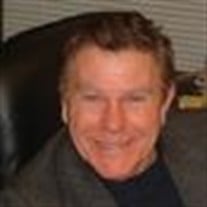 Dr. John J. Hirschbuhl, a pioneer in educational technology, passed from this life on Wednesday, September 20, after a full life filled with success—personally and professionally. John was born on March 17th, 1934 in Philadelphia to John Charles Hirschbuhl and Gertrude Smith Hirschbuhl. He was a tremendous athlete, and played football and baseball for Olney High School. However, his passion was baseball. He was awarded the Herb Pennock Award twice—recognizing him as the best high school baseball player in Philadelphia. At 18, he signed with the New York Giants. His professional baseball life was put on hold when he was drafted. He served in the U.S Army and led their baseball program overseas. Rather than return to baseball after serving his country, John decided to go to college. The GI Bill gave him the gift of Education—and it changed his life. At Temple University, he met and married his true love, Kathy Kalafus. Kathy had also served in the U.S. Army and was Miss Armed Forces. Together, they built a life immersed in education and innovation. John received his Bachelor’s Degree and Masters Degree in Education from Temple University. He was a gifted mathematician and, after teaching honors level math courses, serving as Math Chair, and coaching both football and baseball at Hamilton High School in New Jersey, he knew he could do more. He returned to school and obtained his Ph.D from Penn State. His field of study was mathematics and technology—a new and unexplored field at the time. He firmly believed that technology could have a tremendous impact on education—and he dedicated his life’s work to that belief. Upon receiving his doctorate, John went to work at the University of Akron in Akron, Ohio. At the time, Akron was the tire capital of the world, and Goodyear and Firestone wanted the university to integrate technology into the curriculum. John was one of the few people who wanted and knew how to do just that. He founded the Computer Based Education Center—which became a model Ed Tech site for IBM in the 70’s and 80’s. As an IBM scholar, John traveled the globe and met world leaders—he danced with the King of Thailand’s daughter at her wedding, and he had the honor of spending an hour with Nelson Mandela. He spent time with Bill Gates in the now famous “garage” and jokingly sparred with Steve Jobs. He predicted that we would hold computers in the palm of our hands—and his iPhone proved him right. For over 30 years he was widely published in his field, including serving as the editor and a contributor to “Computers in Education” for McGraw Hill for more than decade; he graduated a record number of more than 30 doctoral candidates during his tenure in Akron, and John and Kathy started their own company, Computer Knowledge International—CKI, in 1980. CKI was the true definition of an Ed Tech start-up and was a successful venture for 20 years. Despite their full schedules, John and Kathy were wonderful parents and believed firmly in the importance of family. Their daughter, Jackie, was raised in a home full of music, love, laughter and world scholars. John and Kathy’s love for each other was obvious to all, and they were true partners in every way. John retired from university life in after 35 years in 2007. After Kathy passed in 2012, John returned to his birthplace and resided in Philadelphia at Atria Senior Living in Center City. He took pleasure in being close to his family and remained a proud Penn State fan throughout his life. John was a true intellectual and visionary who helped build the foundation for Educational Technology. He always said “It is your responsibility to leave the world a better place than you found it.” He did. A Mass of Christian Burial 10: 30 am Tues. Sept. 26, 2017 at Our Lady of Good Council , 42 W. Main St. Moorestown, NJ. Interment Centre Co. Memorial Park, State College Pa. In Lieu of flowers. Memorial contributions to Penn State Univ. College of Education , 228 Chambers Building University Park, Pa. 16802. Please note: Hirschbuhl-Learning Design and Technology.

Dr. John J. Hirschbuhl, a pioneer in educational technology, passed from this life on Wednesday, September 20, after a full life filled with success&#8212;personally and professionally. John was born on March 17th, 1934 in Philadelphia to... View Obituary & Service Information

The family of Dr, John Joseph Hirschbuhl created this Life Tributes page to make it easy to share your memories.

Send flowers to the Hirschbuhl family.