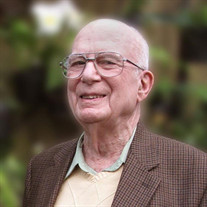 M. Robert Paglee of Moorestown, NJ, a retired RCA engineer who helped to design and develop the U.S. Navy's AEGIS antimissile radar tracking system, died May 11, 2020 at Samaritan Hospice in Voorhees, NJ, of natural causes. He was 96. He joined the Missile and Surface Radar Division of RCA in 1956, where he was responsible for designing early pulse doppler modifications and signal processing subsystems to instrumentation radars. In 1964, the US Navy wanted to develop a program to defend ships from anti-ship missile threats, and the deck of a mysterious metal ship with a conning tower appeared in a cornfield in Moorestown. Paglee was a leader in designing the Aegis Combat System, now produced by Lockheed Martin. It uses powerful computer and radar technology to track and guide weapons to destroy enemy targets. Aegis is now also used by the Japanese Maritime Self-Defense Force, Spanish Navy, Royal Norwegian Navy, Republic of Korea Navy and Royal Australian Navy. Over 100 Aegis-equipped ships have been deployed. It is also part of NATO’s European Missile Defense System. “Pag” was born Mario Roberto Pagliarulo in Bisceglie, on the coast of Southern Italy. Parents Antonietta and Dominic moved to Wilmette, Illinois when he was 2, where his father was a jeweler. He went to Purdue University on a full academic scholarship, receiving a BSEE in 2 years. Blind in one eye, he was not drafted but signed up for a job with RCA which sent him to a 2 week crash course in Submarine school off the Connecticut coast. RCA put 20 year old “Bob” in a Navy officer’s uniform and sent him to Midway at the end of WWII, using his knowledge of radar to develop sonic listening devices while doing reconnaissance. He was then sent to Europe as technical advisor on modern weapons radar, to NATO groups attached to the US embassies in Brussels, Belgium, and Rome, Italy. It was there that he met the love of his life, on a blind double-date. Madelon Olney was studying voice on her junior year abroad from Julliard. The couple was married in 1953 in St Peter’s Basilica, in the Vatican, Rome. They lived in Italy for 3 more years, and returned by steamer ship with a 1 year old daughter, Susan. He did a stint at RCA in Camden, involving television broadcast equipment sales, then he moved to the Radar division in Moorestown. Pag was a gifted storyteller and for an electrical engineer, he was exceptionally creative, as are the women in his family, who are all artists. Guests were regaled with stories from his travels in Europe, tales of battling wolverines in Alaska while measuring ice or snorkeling for giant clams and eluding sharks in the Marshall Is-lands, as he tinkered and tested top secret radar systems. He is holder of at least 4 patents, including the baby bottle boom (self feeding device designed for his twins) and a lightning proof golf shoe. His hobbies included drilling for oil in Oklahoma, designing alfalfa field irrigation systems in Arizona, writing letters to the editor, creating fountain sculptures, and teaching his children home remodeling. He spent many hours in the “Ham shack” that he shared with his son, where they built an amateur radio and spoke to people all over the world. He could converse in Italian, French, and Ger-man. He played the violin, attended Philadelphia Orchestra concerts, and in his last decade, mastered stock day trading and sump pump repair. He was a member of IEEE and the New Jersey Society of Penn-sylvania. He is survived by his wife Madelon and; son Robert, of Moorestown; daughters Susan Silver of West Spring-field, Mass., Anna Campagna and Jane Pagliarulo of Portland, Ore., and 3 grandchildren; Brother Edgar, of MD; sisters Fiora of FL and Gloria of SC. Due to the present circumstance’s services and burial will be private. A public service may be scheduled at a later date In lieu of flowers, please make donations to Moorestown Community House. 16 E. Main St. Moorestown, NJ. 08057. Condolences may be left at www.lewisfuneralhomemoorestown.com

M. Robert Paglee of Moorestown, NJ, a retired RCA engineer who helped to design and develop the U.S. Navy's AEGIS antimissile radar tracking system, died May 11, 2020 at Samaritan Hospice in Voorhees, NJ, of natural causes. He was 96. He joined... View Obituary & Service Information

The family of M. Robert Paglee created this Life Tributes page to make it easy to share your memories.

Send flowers to the Paglee family.