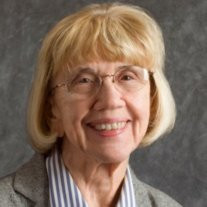 . Margarite Yeager, 1927-2013 Margarite Yeager of Moorestown, NJ, passed away peacefully on Saturday, December 21, 2013 at the age of 86. Margarite is survived by her husband, Richard Yeager; her four children Stephanie Evans, Bruce Yeager, Phillip Yeager, and Richard Yeager, II; and eight grandchildren: Jonathan Evans, Sarah Martinez, Rachel Evans, Jeffrey Yeager, Daniel Yeager, Robyn Yeager, Andrew Yeager, and Katie Yeager. Margarite was one of the world’s most gentle, good-hearted souls. But beneath her quiet exterior was an intelligent and compassionate woman who embraced life to the fullest and appreciated the finer things it has to offer. Born in Chicago in 1927, Margarite was raised in East Liverpool, Ohio. Having never known her parents, she had a difficult childhood, with a foster mother who died young and a foster father who was disabled and unable to work. In 1955, she met Richard Yeager when they worked together at an advertising agency in upstate New York. They married on December 30, 1956. Margarite had three children from a previous marriage, whom Richard adopted, and together they had a fourth child. For the next 57 years, Margarite and Richard shared a very full life of family, friends, business success, and travel. Having learned bookkeeping and accounting on the job after leaving high school, Margarite went on to a career in accounting with several firms and clients of her own, including some of the better known beauty salons in Philadelphia. She was a consultant to a software company working on an accounting program targeted to smaller advertising agencies that became the standard in the industry. She later worked with her husband’s advertising agency, Richard Yeager Associates, serving as the agency’s chief financial officer. Under her watchful eye the agency thrived, and fueled a life in which both Richard and Margarite could pursue their passions. The Yeagers’ Moorestown home was a hub of activity, with growing children and frequent parties. Margarite was a superb cook and a legendary hostess, and their circle of friends was diverse and accomplished. She also enjoyed summers overlooking the ocean at their home in Kennebunkport, Maine. Margarite and Richard traveled extensively and frequently throughout Europe during trips that often combined exploration with Richard’s avocation of painting. Margarite had a natural sense of style and design, evidenced in her home, her garden and life in general. Along with her husband she was a patron of the Philadelphia Orchestra and the Opera Company of Philadelphia for more than forty years. In her role in the New Jersey Women’s Committee of the Orchestra, she would help soothe the nerves of young students arriving at The Academy of Music for their auditions with the Orchestra. Margarite believed most of all in the importance of family. Christmas was her favorite time of the year when the family would gather from across the country to celebrate the holiday. Her love and caring extended well beyond family and she had a talent of making anyone who walked through her door feel right at home. In her later years, even though struggling with Alzheimers, Margarite remained cheerful, outgoing, and optimistic. She will be dearly missed by her husband, family, and large circle of friends. A memorial service will be held on December 30, 2013 at 4:00 p.m. at Trinity Episcopal Church, 207 W. Main St., Moorestown, NJ. Donations in lieu of flowers may be made to United Way in Burlington County and Samaritan Hospice of NJ.

The family of Margarite Yeager created this Life Tributes page to make it easy to share your memories.

Send flowers to the Yeager family.