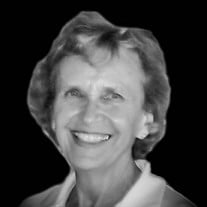 Marjorie Freer Davis Wife, Mother, Grandmother, Businesswoman March 9, 1933- August 12, 2016 Marjorie F. Davis (Freer), 83, passed away on August 12, 2016, in Moorestown, NJ. Marjorie was born on March 9, 1933 in Honesdale, PA, to William and Anna Freer. She spent her childhood in Johnson City and Mt. Upton, NY. She married John Arthur Davis, Jr. and they raised their children on the family dairy farm in Wells Bridge, NY. Marjorie pursued a career in real estate, which through her dedication and expertise, grew into one of the largest farm and land real estate agencies in the Southern Tier of Upstate New York. Over the years, she achieved many educational and professional accomplishments and accolades, among which were GRI, Graduate, Realtor Institute, from Cornell University and numerous awards for the high quality of her work and dedication that she delivered to her clients, including Realtor of The Year designations. She was an active member of the Wells Bridge Baptist Church for most of her life and was the first female member of the Otego Rotary Club. She was a tireless and loving mother, who always put her family first. She was predeceased by her husband and children’s father, John A. Davis Jr. in 2004. She is survived by her son James R. Davis and, daughter-in-law, Pamela Clyde Davis of Moorestown, NJ; daughter, Joanne Davis Underwood and, son-in-law, Ralph Underwood of Otego, NY; and daughter, Judy Davis Clemente of Morristown, NJ. She also received great pleasure from spending time with her nine grandchildren and two great grandchildren, all of whom survived her. She was fully engaged and remained interested in everything her family did. She was always there to offer support, advice and wisdom, and it was presented in a kind and humorous fashion. Her later years of life were spent in Zephyrhills, FL, where she devoted herself to charitable work with the local Rotary Club and “Guardian ad Litem” Program. She was a member of the First Baptist Church in Zephyrhills, as well. She was an active resident at Betmar Acres, where she developed cherished friendships and memories. The memorial service for Marjorie F. Davis will be held on August 20, 2016, at 11 AM at Wells Bridge Baptist Church in Wells Bridge, NY. In lieu of flowers, donations can be made to the Wells Bridge Baptist Church.

The family of Marjorie F. Davis created this Life Tributes page to make it easy to share your memories.