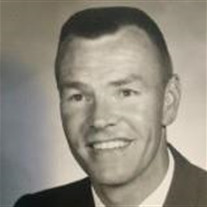 Philip Clarence Hall, On November 2, 2015 Phil was the second child of Rev. Clarence and Mildred (Peterson) Hall and was born on August 26, 1931 in Fergus Falls, MN. The family moved to Nebraska in the early 1940s where Phil graduated from Lincoln High School in 1949. During that time he started playing semi-professional baseball as a catcher. He attended Gustavus Adolphus College in St. Peter, MN until his enlistment in the Marine Corps in 1951. He was in the 1st Marine Division-7th Regiment, serving 14 months in Korea during the Korean Confllict. Upon his discharge, he returned to Gustavus to complete his studies. It was then that he met Patricia Johnson and they were married on August 20, 1955 following their graduation from college. That fall Phil and Pat began their teaching careers in Truman, MN. In addition to teaching, Phil also began his coaching career. The following year they moved to Redwood Falls, MN where they lived from 1956–2011. It was there that their daughters, Kristin and Greta, were born. Subsequently, Phil pursued a Masters Degree in Guidance Counseling at Mankato State University and eventually became the High School Guidance Counselor at Redwood Falls High School. He coached basketball, football and golf throughout his career. After completing his coaching career, he became a basketball official and was honored to officiate in four state tournaments and an NCAA College tournament. Phil was an avid golfer at the Redwood Falls Country Club where he won 13 tournaments and held the course record. After building a house on the Minnesota River Valley, Phil enjoyed many outdoor activities, usually with a dog by his side. Phil and Pat were active members of Gloria Dei Lutheran Church. In October of 2011, Phil and Pat moved to New Jersey and lived in Mt. Laurel until his death on November 2, 2015. Phil is survived by his wife, Pat, of 60 years; Daughters, Kris (Dennis) Burns and Greta Hall; Grandchildren, Dan, Mark and Maia; Great-Granddaughter, Grace; Sisters, Dolores (John) Kindschuh and Mary (Jack) von Gillern; Brother-in-law and sister-in-law, Roy and Donna Johnson, as well as many nieces and nephews. Funeral service Saturday 10:30 am at St. Matthew Lutheran Church, 318 Chester Ave. Moorestown, NJ. Visitation Sat.9:30- 10:30 am at the Church. Priavte interment General William C. Doyle Veterans Memroial Cemetery, Arneytown, NJ. Please no flowers.Contributions in memory of Philip Clarence Hall may be given to Saint Matthew Lutheran Church, 318 Chester Ave., Moorestown, NJ 08057 or Gustavus Adolphus College, O.J. Johnson Scholarship Fund,800 West College Ave., St. Peter, MN 56082. Condolences may be made left at www.Lewisfuneralhomemoorestown.com.

Philip Clarence Hall, On November 2, 2015 Phil was the second child of Rev. Clarence and Mildred (Peterson) Hall and was born on August 26, 1931 in Fergus Falls, MN. The family moved to Nebraska in the early 1940s where Phil graduated from... View Obituary & Service Information

The family of Philip C Hall created this Life Tributes page to make it easy to share your memories.

Send flowers to the Hall family.