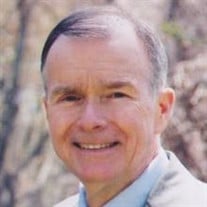 Richard Morgan Corbin, 81, passed from this life on October 25, 2016, after a courageous battle with pancreatic cancer. Dick was born on June 19, 1935, in the Bronx, NY, to Helen and Morgan Corbin. He was an only child, but grew up with many aunts, uncles and cousins, living close by in the same neighborhood. Dick graduated from PS48 in 1949, from Brooklyn Technical High School in 1953, and from the Polytechnic Institute of Brooklyn with a BS in 1957 and an MS in electrical engineering in 1959. He was also a member of the Army ROTC. After college he served in the Army for six months and was assigned to Ft. Belvoir, VA, where he met Sally. He remained a member of the US Army (Reserves) Corp of Engineers for 10 years. Shortly after active duty in the Army, Dick worked for Vitro Labs in Silver Spring, MD as a design engineer. In 1961, Dick joined RCA and was assigned as the engineering manager at the US Air Force BMEWS Site in Thule, Greenland. Upon his final return home and Sally’s graduation from college, they were married in 1963 and shared 53 years of a beautiful life together. In 1964, Dick went back to school and earned a Masters degree in Finance from Wharton Business School. He then returned to RCA, but soon left to form his own company with several other RCA engineers. Together they produced the world’s first liquid crystal watch. It was a great experience and they eventually took the company public. Next in Dick’s career path were various financial planning jobs with the venture capital division of Exxon and the Spanish Company, Enisa, both based in New York City, and the Howard Lawson Company in Philadelphia. For the last 12 years, Dick has worked for an institutional securities trading firm, H. Rivkin & Co. in Princeton, NJ. He continued to work from home even through his illness. Dick was a longtime member of the First Presbyterian Church of Moorestown where he was an Elder and where he and Sally brought their family to serve the Lord and strengthen their faith. The love of golf was one of Dick’s greatest pleasures. He enjoyed being a member of the Moorestown Field Club where he served as President and Treasurer for 10 years. In his last days, when feeling up to it, Dick would get out to play nine holes whenever possible. Dick’s greatest achievement and joy in life was as a husband, father, grandfather, and great-grandfather. Nothing was more important to him than his family. Dick is preceded in death by his father, Morgan. He is survived by his mother, Helen, his wife, Sally, his daughter, Sarah (Parrish) Dietz, his son, Richard (Melissa) Corbin, his daughter, Jessica (Bjorn) DeBear, his grandsons, Josh (Augusta) Dietz, Joe Dietz and Benjamin DeBear, his granddaughters, Stephanie (Jason) Rose, Rachel Dietz, Hannah and Caroline Corbin and Annika DeBear, and his great-granddaughters, Clara and Mabel Rose and Lahray Dietz. Relatives and friends may visit with the family from 6:00 pm to 8:00 pm on Thursday, October 27, 2016, in the sanctuary of the First Presbyterian Church of Moorestown, 101 Bridgeboro Rd. Moorestown, NJ. A memorial service will be held at the First Presbyterian Church of Moorestown, NJ, on Friday, October 28, 2016, at 10:00 am. Interment will be held privately. In lieu of flowers, contributions may be made to the First Presbyterian Church of Moorestown in Dick’s memory.

Richard Morgan Corbin, 81, passed from this life on October 25, 2016, after a courageous battle with pancreatic cancer. Dick was born on June 19, 1935, in the Bronx, NY, to Helen and Morgan Corbin. He was an only child, but grew up with many... View Obituary & Service Information

The family of Richard M Corbin created this Life Tributes page to make it easy to share your memories.

Send flowers to the Corbin family.