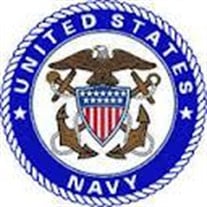 Robert Loyal Ives died December 1, 2015 in Moorestown, NJ, formerly of Chevy Chase, Maryland. Born March 15, 1937 to Loyal T. Ives and Malla Payne (Tabb) in New Brunswick, NJ, he graduated from Princeton University with a degree in mechanical engineering in 1959. Following college he joined the United States Navy as a missile test officer in White Sands, NM. After serving three years active duty he joined Westinghouse. Bob changed the course of his career earning a DDS from the University of Pittsburgh in 1974 and reenlisted with the Navy, this time serving as a dental officer. Bob especially enjoyed his time as the chief of the dental clinic on board the USS Guadalcanal and the adventure of living and working in different locations including Yokosuka, Japan. Retiring from the navy and dentistry in 1991 he immersed himself in private rental property management in the Bethesda/Chevy Chase area. He was a devoted volunteer for the St. Johns Episcopal Church Norwood Parish in Bethesda, becoming a frequent face at the church thrift shop, working with community outreach and on the church’s upkeep. Bob will be remembered for his kind, gentle, and patient demeanor and loyalty. He is survived by his devoted wife of 48 years, Helen, of Moorestown, NJ, daughter Elizabeth (Christopher McFadden) of Haddonfield, NJ, son William (Kumiko) of Osaka, Japan, sister Jane of East Elmhurst, NY and four beloved grandchildren, Matthew Ives, and Henry, Estelle, and Tucker McFadden. Memorial service Tues. 10 am at the Chapel of the Evergreens, 309 Bridgeboro Rd. Moorestown, NJ. Private interment Elmwood cemetery New Brunswick, NJ

The family of Robert L Ives created this Life Tributes page to make it easy to share your memories.

Send flowers to the Ives family.