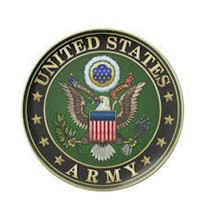 Robert J. Renfrow of Moorestown passed away Tuesday October 6, 2015. Robert was born in New York City in 1925 to Wilford and Anne Renfrow. He grew up on Long Island in Port Washington, graduating from Port Washington High School in January 1943. He took a job as a draftsman for the war effort until enlisting in the Army in September 1943. Robert was deployed to Western Europe with the 87th division in the autumn of 1944. During the German winter offensive known as the Battle of the Bulge, he and his 5-man machine gun squad were taken prisoner in Belgium and held as POWs until the end March 1945, when they were liberated by US troops. After the war, Robert obtained his B.S. in electrical engineering from Rensselaer Polytechnic Institute. While pursuing graduate studies at the Massachusetts Institute of Technology, he met his future wife, Barbara, and they were married in February 1951. Robert and Barbara moved to New Jersey, settling in Moorestown where they raised three children, Brent, Craig and Richard. Robert had a long career working for RCA and GE in Moorestown, much of that time serving as a systems manager for the AEGIS Combat System program. Robert was interested in the arts. He began painting while in elementary school and when he had time sketched, painted and sculpted throughout his life. He loved jazz, played the drums, and despite the protests of family and the howling of the dog, taught himself to play the saxophone. He attended live jazz events when he could. More recently he enjoyed attending performances of the Philadelphia Orchestra. Robert was a family man and devoted father. As an engineer, he was the “mathematics tutor” in the house. Vacations involved travel, initially to visit grandparents in New England but branching out to travels destinations further north and south and eventually to road trips west across the country. He is survived by sons, Brent (Karen), Craig (Rosanne), Rick (Cindy) and grandchildren Byrht, Connie, Christopher, Laura and Alex. An informal reception for family and friends will be held at Moorestown Community House Club Room on Thursday, October 15th from 3:00-5:00. In lieu of flowers, contributions can be made to the Army Historical Foundation (www.armyhistory.org) or charity of choice.

Robert J. Renfrow of Moorestown passed away Tuesday October 6, 2015. Robert was born in New York City in 1925 to Wilford and Anne Renfrow. He grew up on Long Island in Port Washington, graduating from Port Washington High School in January... View Obituary & Service Information

The family of Robert J Renfrow created this Life Tributes page to make it easy to share your memories.

Send flowers to the Renfrow family.