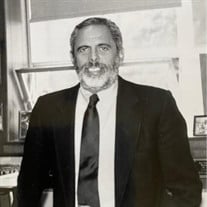 Stan Kotzen age 86, of Moorestown, NJ, passed away peacefully on Thursday, September 16, 2021, after a battle with prostate cancer. Born and raised in Philadelphia, Mr. Kotzen was a graduate of Central High School and the Wharton School at the University of Pennsylvania. He served in the US Army. He was a devoted teacher at Fort Lee, NJ, Golden, Colorado and notably at Pennsauken High School. Throughout his teaching career he coached football and baseball and led theater programs. He later served as principal at Moorestown High School and Lower Cape May Regional High School and Riverside High School. Mr. Kotzen was always known for his commitment to mentoring his students. Throughout his career Mr. Kotzen was always an artist(painter). After retiring, Mr. Kotzen began painting full time as a second career. He is a renown sports artist and his work can be found on display across the country. He loved spending his summers in Cape May, NJ and the jersey shore and was known to swim at least a mile a day right up through this year. Survivors include his children Michael Kotzen (Lisa) of Cary, NC and Josh Kotzen (Jennifer) of Cherry Hill, NJ; five grandchildren, Alicia, Megan, Emma, Lee and Aliza; and five great grandchildren, Justin, Vincent, Dominic, AJ and Nate. Mr. Kotzen will be remembered for his love of life, his unflagging optimism, his strength, and his courage. Mr. Kotzen was the definition of authenticity and was always driven to do what he thought was right. He will be greatly missed. Private service and interment will be held . In honor of the passing of Stan Kotzen, there will be a celebration of his art and his life. An art exhibition will be held at:Perkins Center for the Arts 395 Kings Highway, Moorestown, NJ 08057. Monday, November 22, 2021 through Wednesday, November 24, 2021 from 10:00AM until 3:00PM A public tribute to honor Stan will be held Tuesday, November 23, 2021 from 6:00PM until 8:00pm Stan's artwork will be available with proceeds benefiting Samaritan Hospice. If preferred, in lieu of flowers, memorial contributions may be made to Samaritan Hospice,C/O Samaritan Gift Processing Center PO Box 71425, Philadelphia, PA 19176-1425. https://samaritannj.org/giving/

Stan Kotzen age 86, of Moorestown, NJ, passed away peacefully on Thursday, September 16, 2021, after a battle with prostate cancer. Born and raised in Philadelphia, Mr. Kotzen was a graduate of Central High School and the Wharton School at... View Obituary & Service Information

The family of Stan Kotzen created this Life Tributes page to make it easy to share your memories.

Send flowers to the Kotzen family.