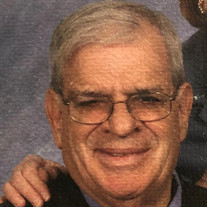 STANLEY R. LANE, M.D. When Dr. Stanley Lane of Moorestown passed away on April 24, 2020 at age 78, he had lived a happy, fulfilling life. He spent nearly half a century in response to a calling he had sensed by the age... View Obituary & Service Information

The family of Stanley R Lane created this Life Tributes page to make it easy to share your memories.

Send flowers to the Lane family.