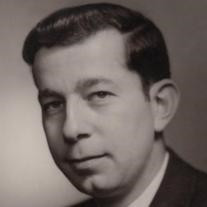 Walter Dubrow Dubrow, Walter on Sept. 30, 2011, passed away peacefully with his family by his side. He was a devoted family man and lifelong entrepreneur active in the Philadelphia region business community. Walter was born in Burlington, New Jersey of Russian immigrant parents, Sarah and Rubin Dubrow, who arrived in the United States in the early 1900's. After graduating Burlington High School (Class of 1940), Walter served in the US Army Signal Corps from 1943 – 1945. His initial assignment was to an Amphibious Engineering Group, conducting a feasibility study for PLUTO (Pipeline Under The Ocean), which ultimately was used in the D-Day invasion of Europe. He later attended Officer Candidate School and was the Commanding Officer of a detachment responsible for construction and maintenance of avionic checkpoints for aircraft and personnel being relocated from Europe for deployment to Japan. Upon discharge as a 1st Lieutenant, Dubrow attended Drexel University under the GI Bill, and graduated with a degree in electrical engineering in 1949. With a small amount of money earned during Army service, in 1950 he started a one man shop in a small room over the family shoe store in Burlington to design and produce electronic equipment, primarily for the military. By 1962, the company, Dubrow Electronic Industries, Inc., had grown to 500 employees and 100,000 square feet of manufacturing space, and was a public company. In 1964, the company was merged into Teledyne Industries, a rapidly growing California-based conglomerate. Dubrow was an active member of the Philadelphia business community, and was involved in the Young Presidents’ Organization. In 1966, Dubrow left his position as Vice President of Teledyne and was a candidate for the House of Representatives from the 6th District of New Jersey, losing to William Cahill who went on to become Governor of New Jersey. In 1966, Dubrow founded Drexel Investment Corporation, primarily a venture capital house. Through Drexel, Dubrow invested in and provided executive level guidance to companies in various industries, including service as Chairman of General Energies Systems Corporation. Dubrow also supported the arts in South Jersey as the owner and executive producer of the Moorestown Summer Stock Theater Company. Later, Dubrow became active in real estate development and land planning in association with his son, Jeffrey, including creating the concept for and then developing the award-winning Windrow Farms in Moorestown, which received accolades for its forward-thinking open space concepts. In 1992, with his three children, he formed Sibco Partners, which participated in a number of residential development opportunities in Moorestown and invested, both actively and passively, in numerous businesses. Loving husband of Nancy Lee (nee Ratcliffe) for 53 years. Also survived by three children: Jamie Dubrow Melzer of La Canada, California: Jeffrey Dubrow and his wife Bonnie, of Moorestown: and Jon Brett Dubrow and his wife Karen, of Bethesda, Maryland. Grandfather of Christopher, Caroline, Chase, Paige, Cooper, Gretchen, Ilsa, Gunnar, Bryan, Eric and Matthew. Brother of Lillian Baker, of Burlington, and Florence Dubrow Steel, of Haddonfield. Funeral service to be held Wednesday, October 5, 11:30 a.m., at the Lewis Funeral Home, 78 E. Main St. Moorestown, NJ www.Lewisfuneralhomemoorestown.com. The family will receive friends Wednesday 9:30 to 11:00 a.m. at the funeral home. Private interment will take place at Brigadier General William C. Doyle Veterans Memorial Cemetery. In lieu of flowers, the family requests that memorial contributions be made to Tender Adult Day Care, 16 E. Main St. # 3 Moorestown, NJ 08057, http://thetender.org/.

Walter Dubrow Dubrow, Walter on Sept. 30, 2011, passed away peacefully with his family by his side. He was a devoted family man and lifelong entrepreneur active... View Obituary & Service Information

The family of Mr. Walter Dubrow created this Life Tributes page to make it easy to share your memories.

Send flowers to the Dubrow family.