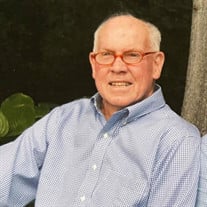 William H Hare, Jr. Hare, William H. Jr. On March 17, 2021 age 78 Of Moorestown, NJ. William (Bill) was born April 23, 1942 in Phila. PA. The oldest child of three sons born to the late William H Hare, Sr. and Dorothy May Hare (nee Jeitner). His family moved to New Jersey when he was in school and he was a graduate of Moorestown High School Class of 1960. In 1960 he married Carole H Palmer. Together they raised three children in Moorestown, NJ. He was the owner of Hare Plumbing Heating & Cooling for over 40 years. Bill had many passions. He was in The Belmont Five back in the 1950’s where he played guitar and sang. For years he was a volunteer firefighter - member of the Relief Engine Company. He served as Lieutenant and proudly ran the annual flower sale. Anyone who knew Bill knew how much he loved his toys and had so many over the years. He rode enduro and time trials when he and Carole were newly married. He rode motorcycles most of his life. He had a pilot’s license and owned two small planes in which he would take short trips with his family. He had a boat that he and Carole loved to take to Havre De Grace and spend a little time on the water. Bill loved cars. Always a motor-head, he would fix and restore old cars. Over the years he restored many cars and would often show them in local car shows. Husband of the late Carole H Hare, father of Constance Hare Murray and her fiancée Robert E. Dolan of Moorestown, William Donald Hare of Moorestown, Karen Dorothy Hare Eder and her husband Keith P. Eder, Sr. of Moorestown, and the late William Judson Hare. Father-in-law of the late Robert J. Murray, Jr. Brother of Roger B. Hare, Sr. and wife Aase, and Donald S. Hare. Grandfather of Robert James Murray, III and wife Calla, Andrew Daniel Murray, Matthew David Murray and wife Katie, William Tyler Hare, Lindsay Anne Hare, Keith Paul Eder, Jr., Kailyn Grace Eder; and those he considered grandchildren Anthony Phelps and wife Andrea, and great grandfather to Aubrey Phelps. Viewing Sunday, March 21, 2021 from 2-4 PM at the Lewis Funeral Home, 78 E. Main St. Moorestown, NJ. Covid protocols, face mask social distancing will be required. Bill’s funeral service and interment will be private by invitation only. Please no flowers. Memorial Contributions to Samaritan Hospice, c/o Samaritan Gift Processing Center – P.O. Box 71425 – Philadelphia, PA 19176-1425.

Send flowers to the Hare family.